Tidying Our Own Neighbourhood 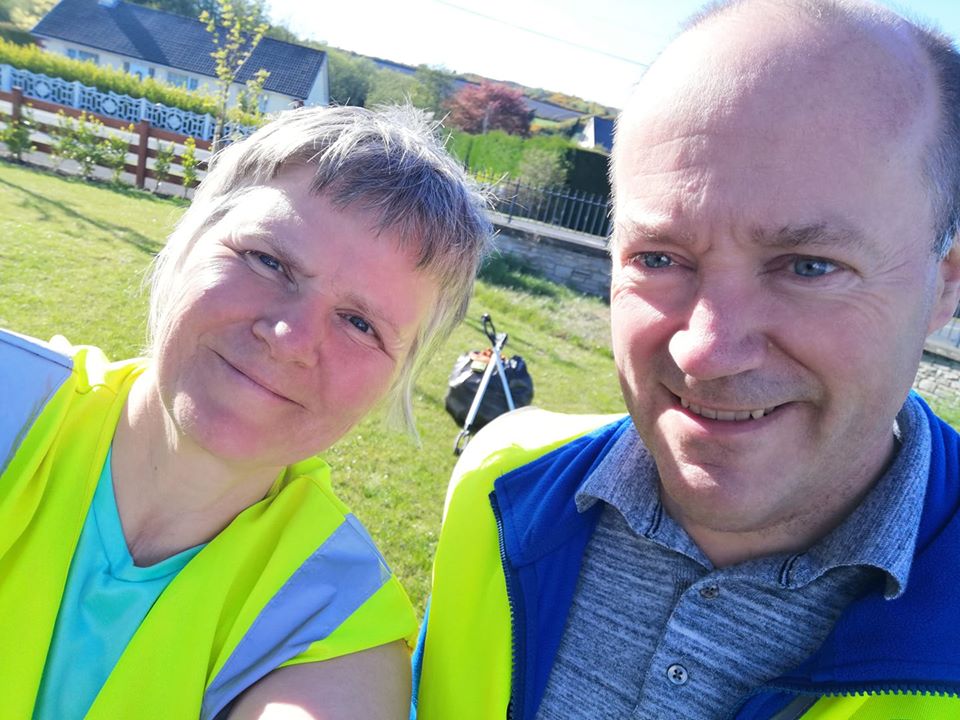 My wife Morag and I moved to Letterkenny in spring of 2019, and love living in Lisnennan, on the edge of Letterkenny. As the winter began to fade away and the undergrowth pared itself back, we began to notice that our road was getting increasingly littered. In part, this was new litter being dropped, whether out of car windows, blown from bins on windy days or maybe just blown from elsewhere in town. It was particularly bad around the bottom end of the Lisnennan hill, around the Educate Together School and up the steep part of the hill. Therefore, we decided to do something about it. With the help of Gerard Mc Cormick of Tidy Towns, and also with the support of the council’s litter warden, we received our litter picking kits, namely gloves, bags, and a few of these nifty litter grabbers.

Litter on the verge and hanging from the fence beforehand.
Spick and span afterwards.

By the time we had worked our way home, we had collected 13 bags. The council litter warden turned up the next morning to remove the bags.

We put the word out on our local residents’ WhatsApp group, letting them know what we were planning, and several of them agreed to help out. This was pre social distancing, but even now, it could still be done as a community effort if everyone keeps apart and picks their own patch to concentrate on. Anyway, one morning in early March we were ready to go. In typical Donegal style, the weather was sunny, rainy and windy, cold and warm, often all 5 at the same time. We decided to start from the bottom of the hill and work our way up. Because it had not been done for a while, there was a lot to pick up, but we worked our way up the hill, getting lots of friendly waves from motorists along the way, and one new friend who turned up with bags and a picker of his own and joined in.

Because there had been quite a lot of litter, we hadn’t completed the job on the first day, so we went back a week later to complete the area around the Educate Together School. We gathered another 5 bags, which the litter warden kindly took away for us.

In the 2 months since then we have monitored the area, and have done 3 more litter picks. However, thanks to the initial clean-up, a litter pick now doesn’t take much longer than it would take to do a normal walk up and down the hill, and we would only need to take 1 or 2 bags. It’s heartening to see that the area, while certainly not spotless, is not getting anything like as untidy as it was initially, and it gives us great satisfaction to know that we’re doing our bit to keep the area beautiful.

So what changes have we noticed over the last 2 months? Well at the start of March, the main litter items were cans (particularly Red Bull), takeaway containers, water bottles and coffee cups. Now that we’re into lockdown, there are still plenty of cans but the coffee cups and water bottles have been replaced by disposable gloves and disinfectant wipes!  However, the main thing is there is a lot less litter there now, and long may it remain so.

To find out how you can help to keep your area tidy, see Do your own litter patrol