When Letterkenny claimed the ultimate title 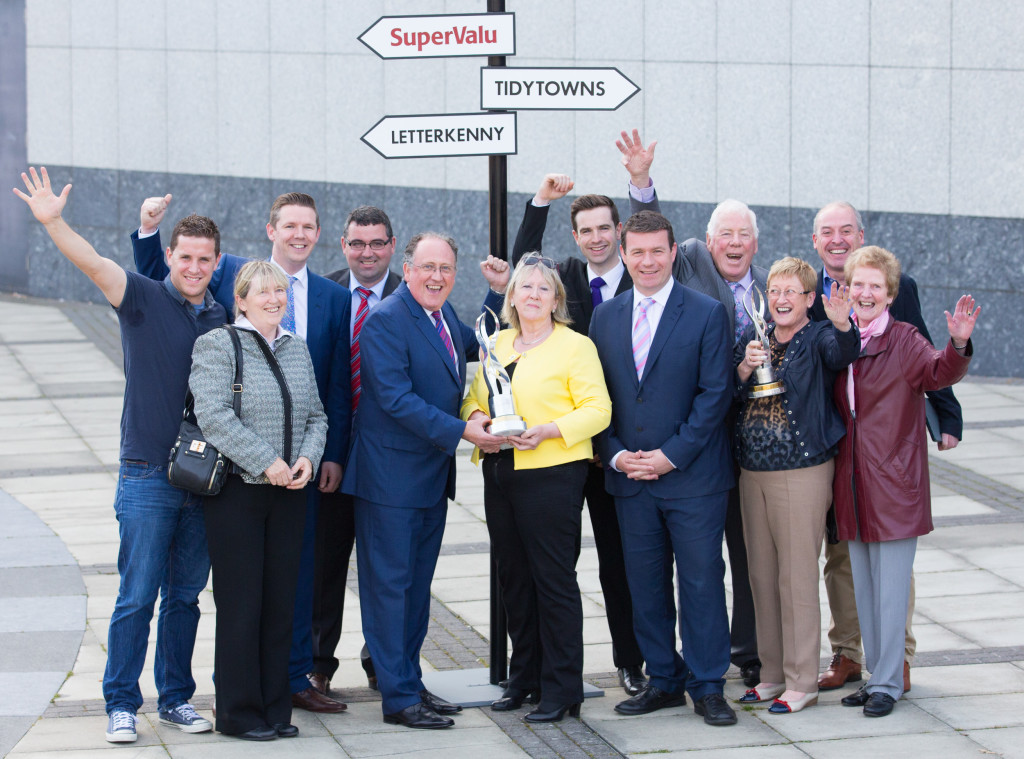 When Letterkenny claimed the ultimate title of Ireland’s Tidiest Town in 2015 it was an achievement that could never be described as an overnight success. Not something that had come about through the efforts of a hastily convened committee in the months leading up to the adjudication process that year.

No, this was because of the dedication and commitment of a small body of people who, over many years previously, had set about transforming Letterkenny from a town that had all too consistently fallen below the standards set by the National Tidy Towns competition.  There was an all too obvious reason why it had been renamed ‘LITTERKENNY’ as a cursory glance at the main thoroughfares and off streets all too clearly showed.

But that was then.

Under the original guidance of the late Jim McCormick and then onto Anne McGowan who steered the local Tidy Towns Committee into the body it is today, Letterkenny edged away from that easy won reputation of littered streets and general unkempt appearance to the hard won look of the present.

The Tidy Towns initiative is not, of course, one that has sole focus on litter – there are so many other aspects that must be taken into account including the monitoring of amenity and directional signage, enhancement of wildlife habitat and national amenities, the promotion of waste minimisation, and the upkeep of landscaping and streetscaping.. And much more besides.

The annual Cleaner Community Campaign – 2020 represents the 35h year of the initiative – is a hugely important part of the Tidy Towns drive, drawing in the involvement of households and estates, businesses and schools while April is designated National Spring Clean Month to help maintain the crusade to keep Letterkenny and its environs tidy.

Hard work it was, and has been, to bring the town into close proximity of a national award after having been so far removed from such an achievement.

Letterkenny first entered the National Tidy Towns competition in 1986 and after a number of years of knocking on the door, finally began to gain the national recognition that work had earned.

In 2007 it was named as Ireland’s Tidiest Urban Centres – its first major award and one that was to be followed by even greater acknowledgements in subsequent years.

The town gained another major feather in the cap in 2008 when it was chosen to represent Ireland in the international Entente Florale competition – established to recognise municipalities and villages in Europe for excellence in horticultural displays.

In the years after Letterkenny continued to flower until 2015 brought it to the heights only the dedicated few could have foreseen – the Tidiest Town in Ireland.

The Gold Medals have continued in the ensuing years as have the relentless efforts.

Those behind the Tidy Towns Committee say the yearly competition acts as a catalyst for them to improve the sense of community in the town. An attractively presented town improves the quality of life ensuring it has a better chance to thrive – the overall environmental improvements helping to create jobs and stimulate the local economy.

The entire community can play its part in making sure this continues to be so.