Memorial to be unveiled at new Leck cemetery 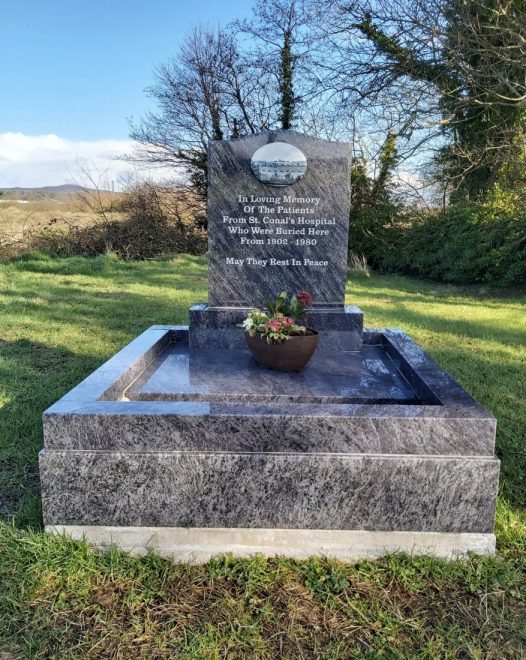 A MEMORIAL will be unveiled at new Leck Cemetery early next month in honour of the hundreds of patients from St Conal’s Hospital who were buried there.
Deceased patients have been brought to the new cemetery at Leck since the graveyard at St Conal’s closed in 1902. There were no headstones or grave markers in Leck Cemetery to indicate their presence or location and St Conal’s Graveyard Restoration Committee have decided to erect a memorial and information board to mark this burial area.
This memorial service had initially been planned for last December but unfortunately due to serious storm warnings for that day they had to cancel it. The service of remembrance will be held at new Leck cemetery on Sunday, March 8, at 2.30pm to respectfully remember those people who were buried here between 1902-1980.
The St Conal’s Hospital Graveyard Restoration Committee came together in 2016 to restore the old graveyard at the back of St Conal’s Hospital. The Committee is made up of several community groups including Letterkenny Men’s Shed, the Letterkenny Tidy Towns Committee, Letterkenny CDP, TUS, several individuals and supported by the HSE Mental Health Services and HSE Estates Office.

Local historian and former psychiatric nurse Hugh Devlin said that ‘new’ Leck cemetery is more than 120 years old and was initially purchased by the Letterkenny Town Commissioners in 1897 as a non-denominational cemetery.

“That same year the Management Committee of St Conal’s Hospital purchased an adjoining plot of ground for their own future use. It was only after the closure of the graveyard behind St Conal’s Hospital in March, 1902 that the hospital transferred all internments to this plot at Leck. Patients who were buried here would have come from throughout the length and breadth of County Donegal and from all religious backgrounds,” Mr Devlin said.

Chairperson of the committee, Betty Holmes thanked everyone involved in the project for their time, energy, enthusiasm, and commitment, and to the Parish of Conwal and Leck for their assistance.