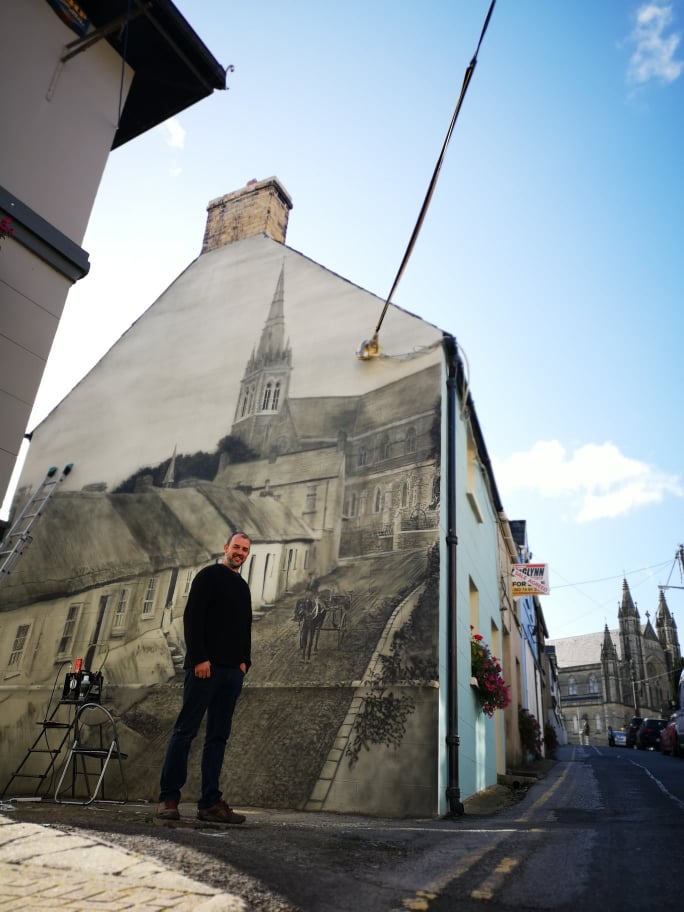 Since June 2019, there was been a remarkable turnaround in the fortunes of Church Lane as funding was secured by Donegal County Council under the Historic Towns Initiative when seven properties on the street were selected for extensive repairs. Contractor John O’Doherty fixed the roofs on all of the buildings, some of which were at the point of collapse. The facade of the buildings was restored using traditional building skills and the fronts were painted with breathable paint. Traditional sash windows were installed along with traditional front doors. Once the scaffolding was removed the true extent of this amazing transformation was revealed. 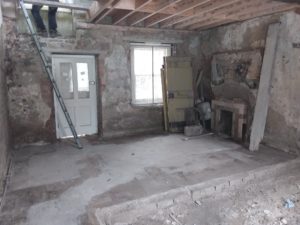 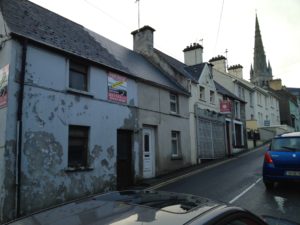 The left side of the lane before work began

As well as the external works, there was also been extensive work done inside to a number of the buildings. We hope that it won’t too long before these buildings will be fully brought into use for either commercial or residential purposes. No. 4 Church Lane which was not one of the houses involved in the Historic Towns Initiative was recently renovated. The building is now occupied after lying vacant after a number of years. 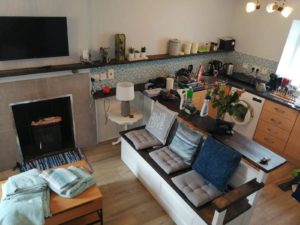 The living room inside refurbished number 4.

It is not just the buildings that have seen improvement but the Cathedral Quarter has commissioned a number of murals to be erected in the area. In November 2019, a stained-glass mural was unveiled on a narrow strip of wall on Houston House. The mural was a collaboration between UV Arts and LYIT Fashion students from the Department of Design with funding under the Creative Ireland programme. 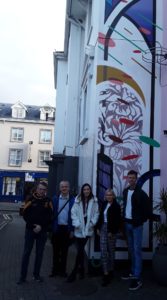 Last year during lockdown, the Cathedral Quarter quarter commissioned Ciaran Dunlevy to recreate the iconic photo from the Lawrence Collection as a mural on the Gable End of No. 2 Church Lane.  This photo taken by Robert French at the turn of the 20th century showed the thatched cottages of the right hand side of the Church Lane with the newly opened St Eunans Cathedral sitting majestically at the top of the Lane. To raise the funds for the mural, we sold blocks of the wall at €100 and the names of the people who contributed are now on a plaque beside the wall with an explanation in both Irish and English of what the mural is about. 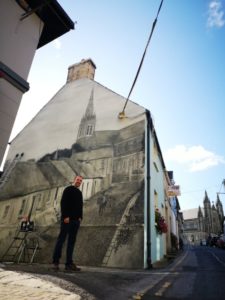 The support of the Tidy Towns has been vital to the success of the Cathedral Quarter project and the sponsorship of the flowers every summer has made the area so attractive not just for visitors but locals aw well. A real special mention for Charlie Grant who has been a dynamic force in bringing the appearance of the flowers to the next level. While we had placed flower boxes on the window sills of the buildings, last summer we decided to plant flowers on the top of the wall on the field below the graveyard. With seeds sourced from Claude Monet’s garden in the Northern French town of Giverny, we planted some beautiful Nasturtiums on top of the wall adding more colour as you stroll up or down the Lane. 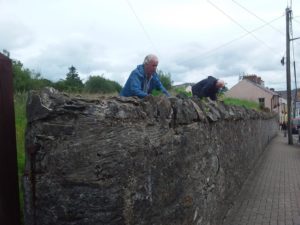 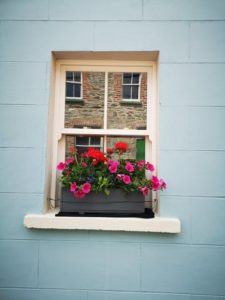 We are also very grateful to the Transition years of Errigal College who have helped to clean up the area and plant some winter flowers as part of their Gaisce Award. Being an integral part of the Letterkenny Tidy Towns is a tremendous honour for the Cathedral Quarter committee and we are delighted that the ideals of the movement is now being passed onto the next Generation. 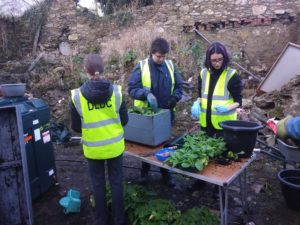 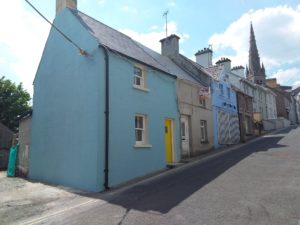 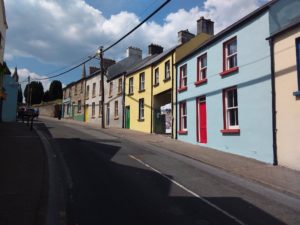 Church Lane as it is today