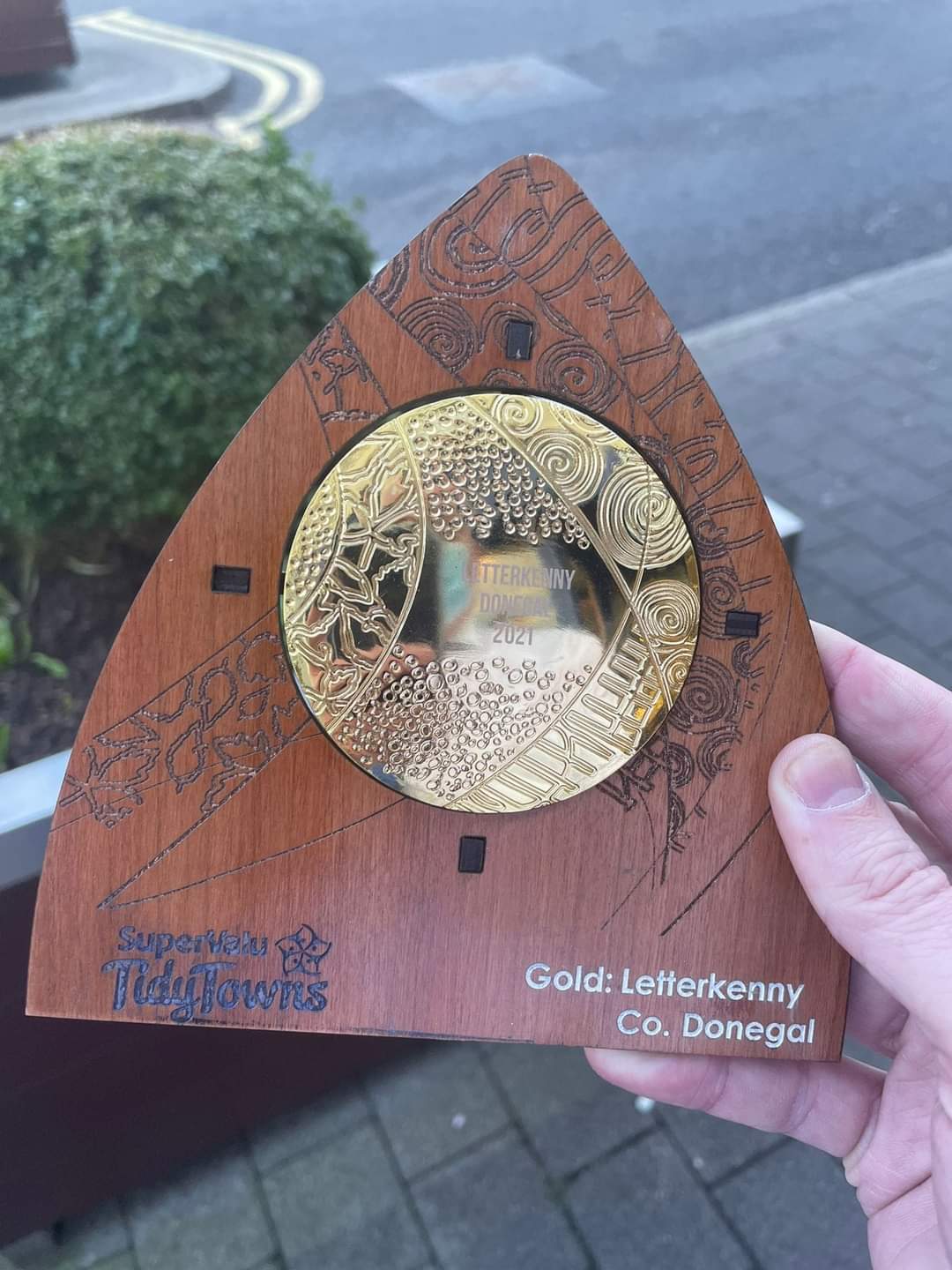 As mentioned a couple of issues ago, we were delighted to receive a Gold Medal and to be named as tidiest town In Donegal in the recent national Tidy Towns competition. The national organisation sent us extensive feedback on what is going well and also on what could be improved upon, so this month I’d like to go over some of the key points. And also to say a huge “THANKS” to all who contributed. The Tidy Towns committee organise/coordinate a lot of the work going on, but it would all amount to nothing if it wasn’t for the participation of our volunteers.

We were commended for the great response we had for the Garden competitions and the photo competition we ran last year, and also for the large growth in the number of volunteers. We currently have over 60 regular volunteers, so thanks very much to all who continue to contribute. Also, our work with youth groups and schools was commended, with various projects involving the scouts, Errigal College, St Eunans College and Loreto Convent.

One big positive was our development of the Flight of the Bee mural trail, which in conjunction with the efforts of the Cathedral Quarter group and the A-rt Team continue to make Letterkenny a destination for lovers of street art. In the next year we’ll be working on an app which will help to bring this aspect of Letterkenny to life and help with the development of tourism in the town.

The developments around Church Lane also came in for particular praise, as did the plans for “Letterkenny 2040” which we will hear much more of in the coming months and years. Collaborative efforts with Men’s Shed, the Rotary Club and the Letterkenny Lions were also praised. The adjudicators particularly liked the “Hirelings” statue in Market Square and the Polestar sculpture that makes such a striking introduction to the town.

The committee expressed disappointment at the number of derelict buildings in the town centre, and we will continue to work with the council to bring such buildings to their attention and improve the situation where possible. 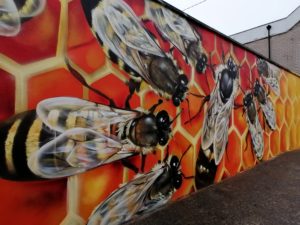 The flower boxes provided around the town (more than 50,000 plants!), along with the tree planting, were praised by the adjudicators. In 2022 we aim to focus more on tree planting as well as developing biodiversity areas. This can be as simple as allowing an area to grow wild, as for example has happened along the river bank in Ballyboe Park. 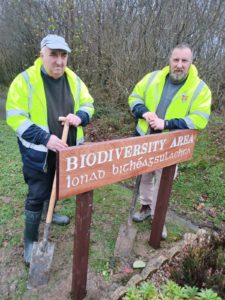 Our ongoing focus on litter control was praised, and thanks for this go out to our large group of volunteers as well as the various residents’ associations and sports clubs who work with us to keep the town clean. Also, the Community Employment Scheme and town gardener David Donnelly were commended. Last but not least, a big thankyou goes out to our Junior Litter Warriors. 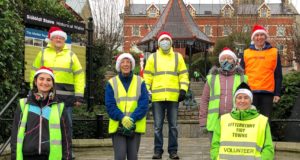 The efforts involved in improving areas such as the famine garden and Roger’s Burn were praised, in particular the efforts to clear undergrowth and mend/paint fences in various spots. Other areas which were commended were Church Lane, Ard O’Donnell, Glencar Park, the Long Lane and of course the dual carriageway.

A final comment from the adjudicators was “Keep up the good work and we look forward to returning to Letterkenny in 2022.”